… is the collective living environment and suburbs of the city of Rostock (the regiopolis) and the surrounding (regiopolitan) region. Regiopolises are large cities with populations of more than 100,000, which have a far-reaching impact as prominent centres for finance, education and culture, and which are generally located a long distance from established metropolises. They thus have the power to develop their own momentum. This gives rise to the particular importance and responsibility of regiopolises, most notably in their capacity as drivers of development for the surrounding, often rural areas outside the metropolitan regions. Highlighting and cultivating this importance for Germany’s development is one of the main goals of the German regiopolitan network, whose founding member is the Rostock regiopolitan region.

The ties and interdependencies between the regiopolis and the Rostock regiopolitan region require, and will continue to require, close co-operation and collaboration between all regional partners, municipalities, associations and businesses in order to be successful nationally and internationally as a collective region.

Geographically, the regiopolitan region encompasses the Hanseatic and university city of Rostock, the district of Rostock with its medium-sized towns of Bad Doberan, Güstrow and Teterow, and the medium-sized region of Ribnitz-Damgarten. 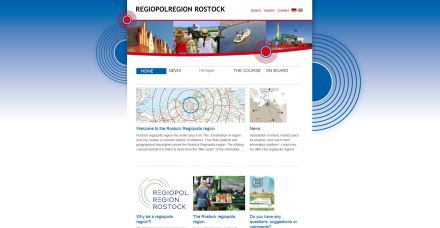