Whether they’re going to the theatre, zoo or beach, Rostockers love to use their excellent public transport system, consisting of an S-Bahn (suburban railway), tram, buses and ferries. Over 80% of all destinations are located near a tram stop. And the best bit is you only need one ticket. This one ticket is valid for the entire journey, no matter which transport company you’re using – simply change stations and continue on your way.

With a network spanning some 200 kilometres and more than 550 stations, Rostocker Strassenbahn AG (RSAG) is the largest local transport company in Rostock, operating a total of six tram lines and 21 bus lines within the Verkehrsverbund Warnow (VVW) transport system.

A ferry transports passengers and vehicles across the Neuer Strom waterway between Warnemünde and Hohe Düne.

Rostock also considers itself a bike-friendly city, and is currently in the process of expanding its track network. Connections to the wider world, meanwhile, are available at the Überseehafen (international port) with its ferries, and the
Warnemünde Cruise Centre. Rostock central station and Warnemünde have trains to destinations beyond just Hamburg and Berlin. And if you
want to travel even faster, take a flight from Rostock-Laage airport. 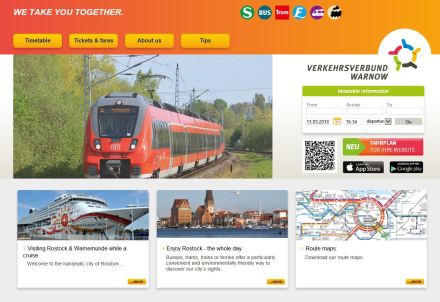 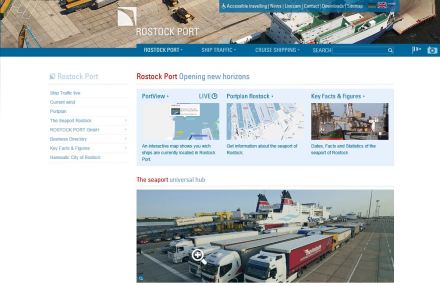